Monday 12 June, two of our developers set out towards Odense to join the official annual Umbraco conference. Let’s join them on their journey to finding the most striking insights and best beers in town.

Codegarden is the most significant Umbraco event of the year. Three days filled with talks, sessions, food, drinks and much more. It is basically where you want to be if you work a lot with Umbraco. Meeting new people and attending the many talks will refresh your knowledge and allow you to be inspired for future projects. Things like “How do other companies solve this issue” or “How do other companies run their website” will be answered as everyone is open to engaging conversations. 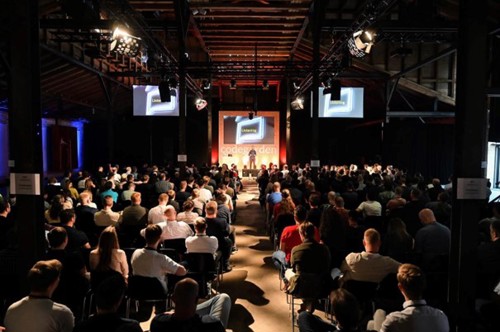 The conference started on Wednesday. HQ members greeted us, and the keynote could begin. The community was able to welcome 7 new MVPs and 59 MVPs of who the status was renewed. And I was lucky to be one of them 😊. After that, we got more information about the direction that Umbraco will be moving to in the upcoming releases. Big plans, which are exciting to see. Many long-awaited features will finally make it into the Umbraco CMS. A few of the highlights are:

After this big keynote, the day continued with various other talks about many aspects of web development. We were taken into the world of headless by the talk “Headless Umbraco – now and in the future” by Morten Christensen and we took a deep dive into Front-end by the talk “Web components in Umbraco – crash course” by Julia Gruszcynska. Both fascinating talks that were focused of website building in the future.

The day ended with the Umbraco Awards. It was very inspiring to see all the websites that are being created in the Umbraco community. From playful websites focused on kids to the complex world of healthcare, they were all present.

Moving on to Thursday which consisted mostly of talks; “Highly Performant Websites with Umbraco 9” by Tom Searle was very interesting for instance. Our websites already use most of the topics mentioned, but some newer elements are certainly interesting enough to take a closer look at. “Umbraco package development for fun (&profit?)” by Kevin Jump was also a great talk to attend. While being light on code, it inspires people to build packages with Umbraco. Packages allow us to build faster websites with a certain bar of quality. So, more packages on the market are a good thing in my opinion. Kevin also talked about his experiences of building commercial packages and, if you are planning on making one, some of the things he encountered in his journey.

The talk which appealed to me the most was “Open-Source Work is Work” by Per Ploug. Open source is a great way to build a product along with the community. However, many businesses don't understand sufficiently that people usually maintain those open-source projects past work time or during the weekend without compensation. It will be a significant step forward if companies create conditions to maintain those projects through contributions or sponsoring them. As Per said in his talk: "A puppy (open source) is free to pick up, but eventually you'll have to pay to care for them". 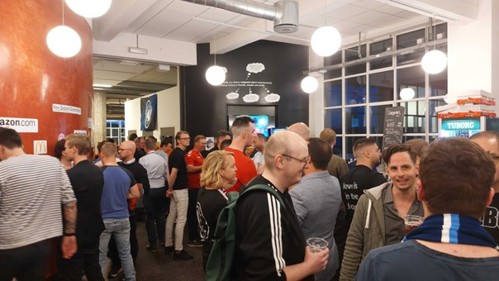 The evening program was a lot of fun. All attendees gathered for dinner and to play a game of bingo. The prices? Well, there were a lot of crazy prices. From sand to create your own beach to an Ikea closet that a group of developers assembled themselves. No way that you can get that with you on your flight back, but it’s the thought that is counting :-). While the evening was a bit chaotic, it was great fun to be there.

And then we get to the Friday, which was solely focused on Umbraco's community. Starting with an introduction to contributions and pull requests that are being created for the Umbraco CMS. Moving on to the package awards for package developers in the community. SeoToolkit is a package I created and I was able to become runner-up for the category Best Package Care/Holistic Experience after the very popular package uSync. Something that is just crazy to me. And the day didn’t end there. While the venue closed after the last talk, we went on towards the university in Odense for our workshops. And with those sessions the Codegarden activities came to an end for us this year.

Throughout the days, we also met a lot of other Umbraco developers. There were a surprising number of developers from The Netherlands. We managed to find the developers of Perplex and Basic Orange and discussed various topics with them.

Looking back at it all, Codegarden was a fantastic place to meet new people, gain knowledge and to just get inspired by everything. It was personally inspiring to me to see if we could organize more frequent Meetups in The Netherlands, enabling us to learn more from each other. I think Codegarden is a great experience for both beginner and advanced developers and I hope to also be able to visit it again next year. Hope to see you at Codegarden 2023!